When we visited Athol House in July 2019, we used a piece of music by French composer Joseph Canteloube (1879-1957), called Songs of the Auvergne, as our project inspiration.

Joseph Canteloube was born in the Auvergne region of France, and his most famous pieces are the Songs of the Auvergne, which he wrote over seven years. They are arrangements of songs in the local Auvergne language, called Occitan. You can find many recordings of them on Spotify and YouTube.

One of the most famous songs from Canteloube’s set is “Bailero.” This is a beautiful, lush description of a river scene using instruments and other resources you might have available. It will need several people to each play a different element of the sound picture.

Setting up the activity

To select the key of C, tab the #b key near the top right, the select C.

To make the scale pentatonic, tap the Sound key on the top left, then Change Scale, then select Major Pentatonic. 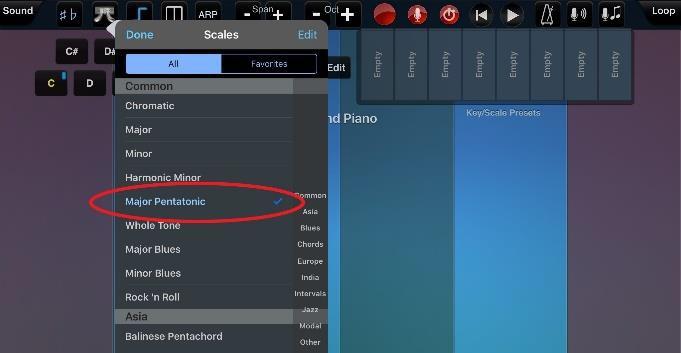 To select the key of C Major tap the spanner button near the top left, then then Key Signature, then C. 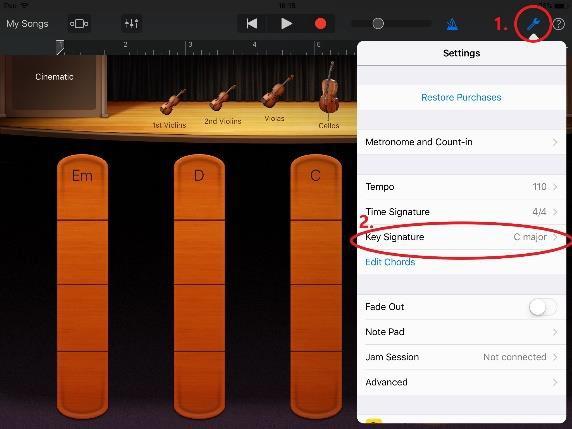 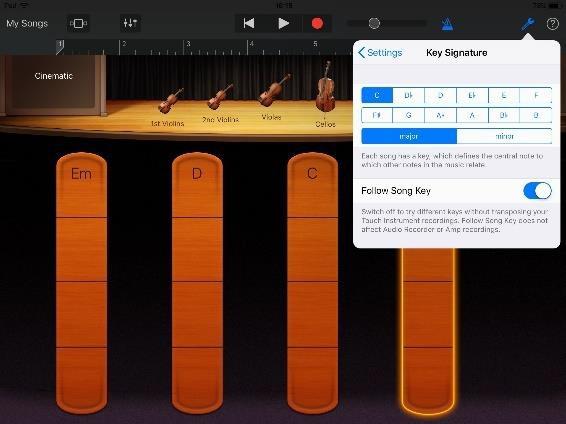 To change each of the chord strips to C major, tap on each one in turn, tap the spanner button on top right, then Edit chords. Make sure each chord is set to C Maj None None. 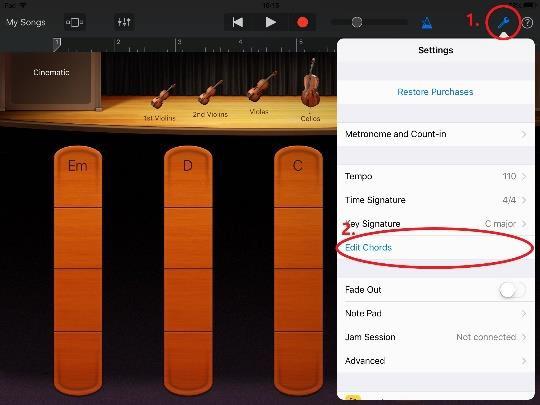 Start by introducing Canteloube’s song, listen to it and explain it is a girl calling across the river, to a shepherd, whom she wants to join her on her side of the river. Explain that the group will create their own river music.

Explain each of the elements of the soundscape below, and let participants choose which elements they would like to play, and which instrument they want to evoke that sound.

Collectively the group can decide on the order of the elements. It could look something like this:

The conductor could indicate which players start and stop, or could just point to the order of the piece you have created if it is written on a piece of paper.